As part of the fund raising to send two members of the St John Ambulance to the St John of Jerusalem Eye Hospital, the Provincial Prior, R E Kt D Gary Read KCT, set the Challenge to his Body Guard to find a novel way of raising those funds.

The Challenge 2018 was set, and the members of the Body Guard decided that close to 100 miles of walking in just 48 hours was a Challenge worth setting and one that they hoped would capture the imagination of the Province and other Orders in supporting.

Training would be key to the process of executing the Challenge. The initial training walks were light hearted across parts of Cannock Chase during the late summer of 2017. Since then, the training has ramped up considerably and members of the team have on a regular basis been out testing the selected route which will link the Shropshire Way, Silken Way, Staffordshire Way and the Millennium Way to take the Body Guard on their journey from Ironbridge to Burton-on-Trent on the 14th and 15th April 2018.

Not even the snow could prevent them training as the photograph forms testimony, when this weekend the team covered over 13 miles at an average pace of 3.5mph overall across open countryside and through snow drifts!

Details will shortly be published from the Body Guard how members of the Province can join them on various sections of the walk along with details of the home-coming party to be held at Burton-on-Trent Masonic Centre on Sunday 15th April.

To add your financial support, visit https://everydayhero.co.uk/event/kt1063 and you can donate online. 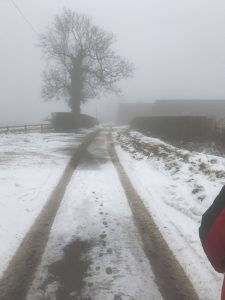 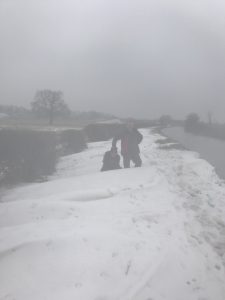